It’s hard to believe it’s been a full year since we started fixing up the girls’ toddler room. We wanted the room to be ready for them on that dreaded night when they escaped the confines of their crib. We finished the room this past spring, and I can confidently say that this is my favorite room in the house. By far. 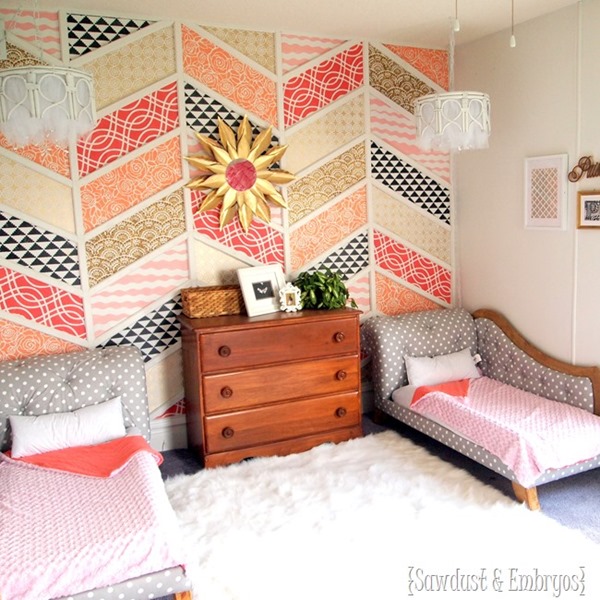 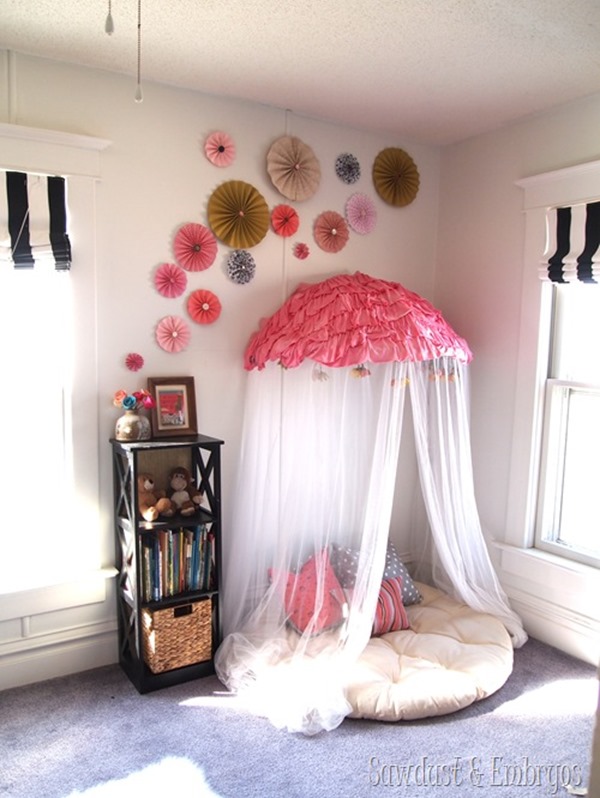 Bedtime has always been a dream for us. We’re very lucky to have good sleepers. Sure they chat for a bit before falling asleep… but then they sleep for 11 hours straight. And it’s GLORIOUS. We didn’t want to mess with that.

Fast forward to recently, and the girls STILL haven’t set foot in their new room. We kept it off limits because we didn’t want it to be a play room. We wanted it to be a sacred place of rest. SUPER CHEESY, I know. But I’ve spent many hours worrying about this transition from crib to toddler bed. 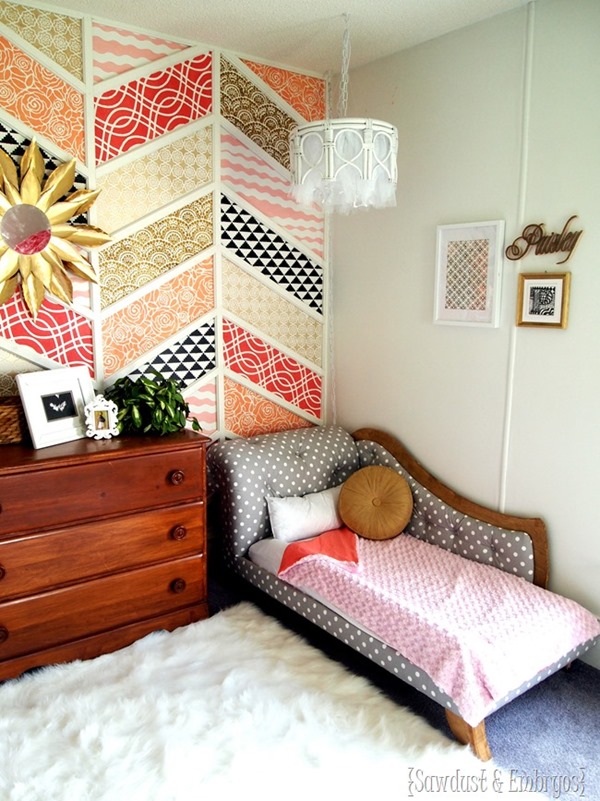 But we’ve been starting to feel like THEY’RE JUST READY. They turned 3 in July, and they’re little ladies now. It feels unnatural hefting them into the crib each night… not to mention my growing belly is making that harder and harder. So this past weekend, we decided IT’S TIME! We didn’t have anything scheduled the whole weekend, so we knew it would be ok to lose some sleep if it comes to that.

After getting pajamas on and brushing teeth, we had a little chat with them about how they’re big girls now and how they have NEW BIG GIRL BEDS! We tried our best to make it feel like such an honor. They were very excited as we ushered them into their new room. There were lots of little gasps… ‘it’s soooo pretty Mommy! We showed them each which bed was theirs, and then made our way to the canopy to read bedtime stories.

We snuggled them into their beds, sang songs, and gave them lots of kisses… then sneaked out and held our breath. It’s such a strange feeling having children free to roam the room at night. We love our Video Monitor so we can spy on them. And you better believe we were GLUED to this thing that first night. 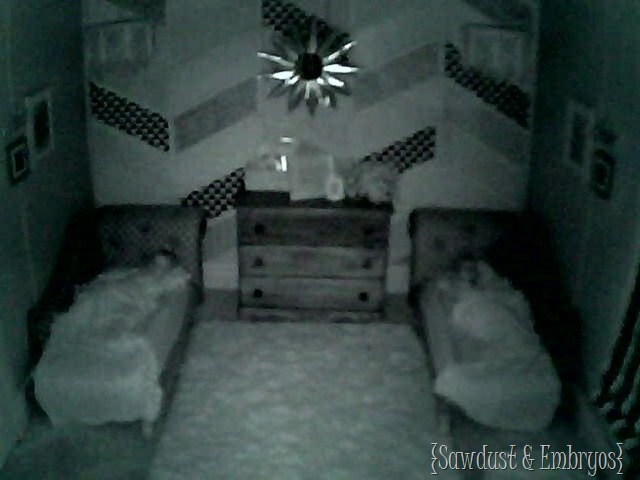 We Instagrammed the above pic that night, and many of you have been asking for an update on how it went.

There was a little foolery, but they DID NOT GET OUT OF THEIR BEDS!! (and we loooove that we can watch them on our phones using our  surveillance camera) 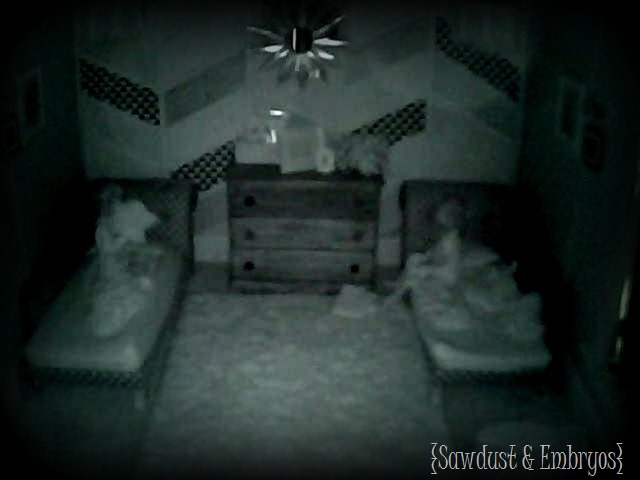 There was a little of this, but what do you expect… having twins with newfound freedom.

Once they fell asleep (maybe 30 minutes later), they slept all night and woke up around 7:30… which is their normal time! This huuuuuge success is a major burden off my shoulders! Why do I worry so much?! It’s been 5 nights now, and things are still going smoothly! I’ve heard from other parents that sometimes, as time passes, they may get more comfortable in their room and start goofing off and not staying put… so we won’t be surprised if that happens. We’re just taking one day at a time!

I will say that we tried naptime in their new beds, and it was not so successful. We’ll stick to our ‘pack-and-plays-in-separate-rooms’ until further notice… cause these tykes are NOT ready to give up their afternoon nap. And let’s be honest, Mama needs that break too! 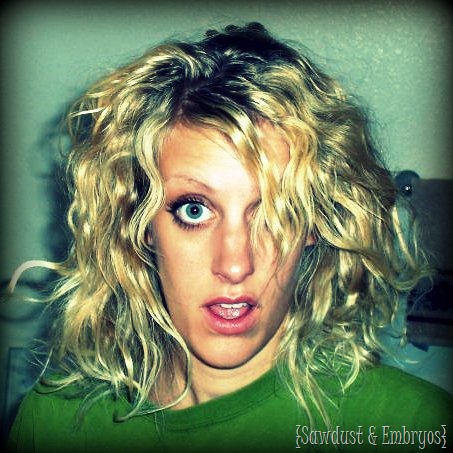 And, since I know a handful of your are wondering… let’s talk about this video monitor. It’s actually a surveillance camera… and is FAR CHEAPER than traditional baby video monitors at only $50. And the best part is that it connects to your wifi, so you can watch them on your computer, or on your phone if you download the app. And you can take pictures and video of your tots! Watching them when they don’t know it makes for some great entertainment. I promise!

The only downside to this camera is that it’s a little tricky to set up since it connects to your Wifi… but here’s a great step-by-step tutorial for setting it up!

All that sounded a lot like a commercial for this video monitor, but I swear it’s not. We just love it and want to give an honest review. And now that that’s over with, let’s look at one last pic of the girls’ new room! Because I love it THAT MUCH. 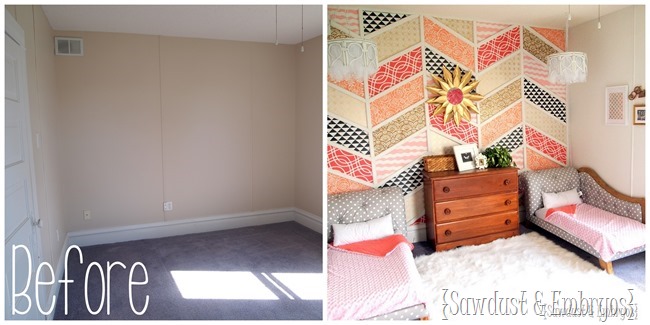 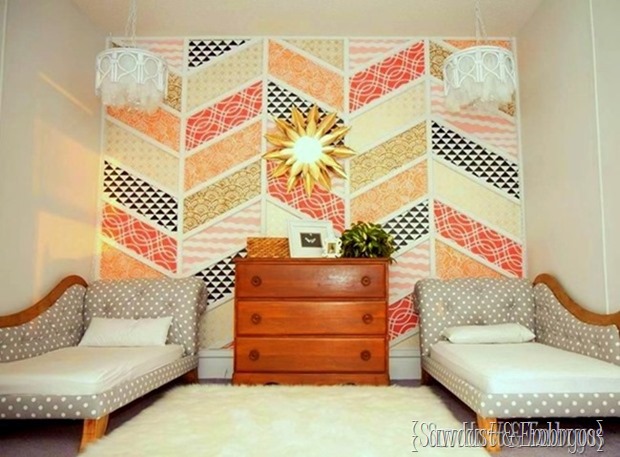 For info on each DIY element of this room, click the images below!