Sometimes when I’m wandering about on social media, I’ll find something that inspires me and I’ll save it or screenshot it and put it in my ‘inspiration’ folder on my computer. This particular image was one I snagged from West Elm on their Instagram feed. I loved these succulent terrarium globes! 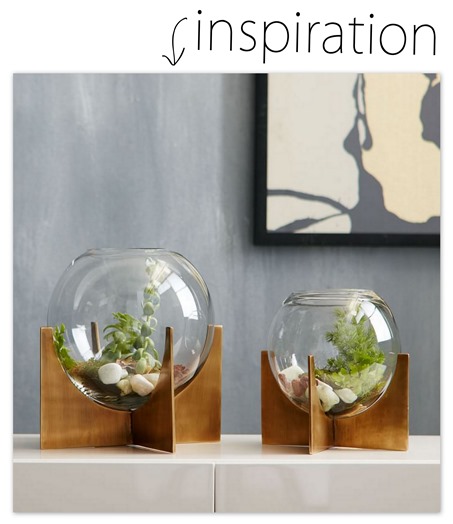 Upon further thought, I decided I could TOTALLY make these for a fraction of the cost. And cost isn’t really an object here, because they’re discontinued now! HAHA! So you have to make them now.

I started out by measuring the circumference of my globe with the fabric measuring tape. I used found my formula the cheater way, then measured out the radius, and drew out my half circle accordingly using a compass. Notice my white-trash compass is actually two shop pencils screwed together. LOL! I started the edge of my half circle about a half inch from the edge (a little more for the large globe, and a little less for the tiny globe) 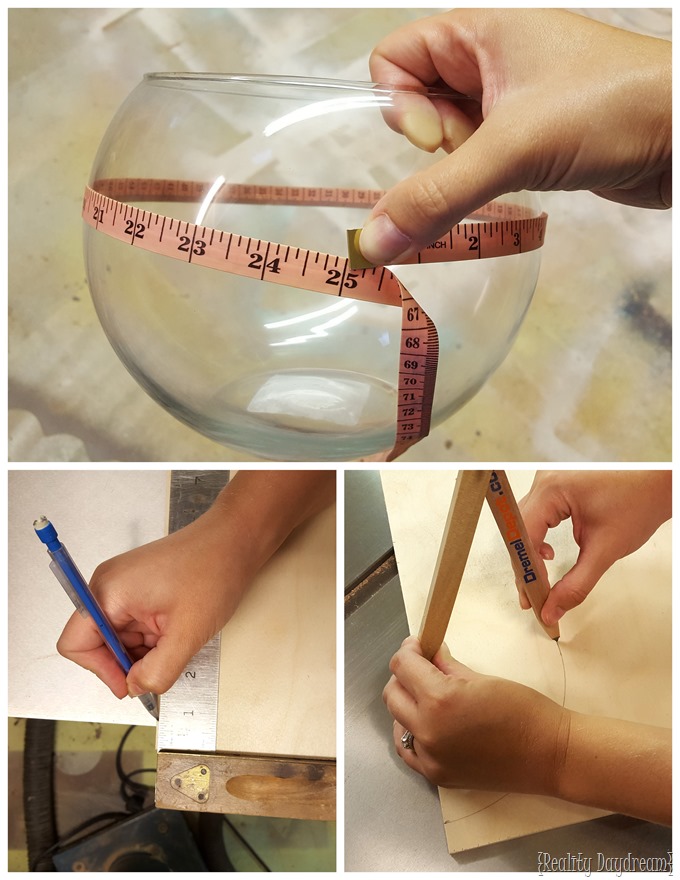 Then, using the table saw, I sliced off the excess of the board, and cut two duplicate rectangles. At this point, only one of them has a the half-circle penciled on, because I trace the first one onto the second one after the circle has been cut out. 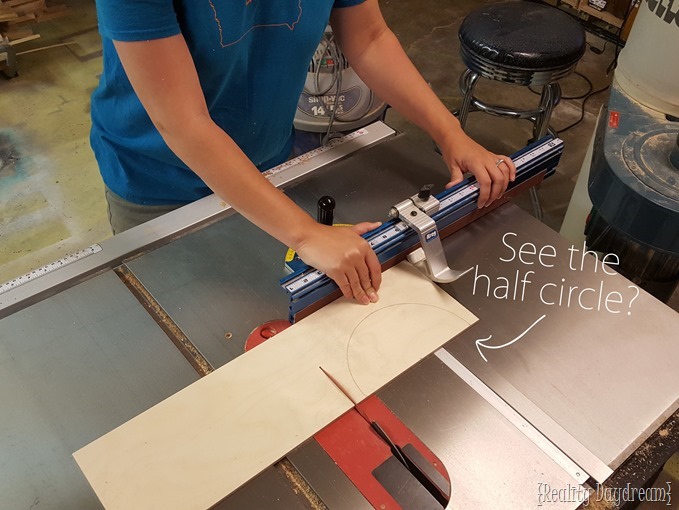 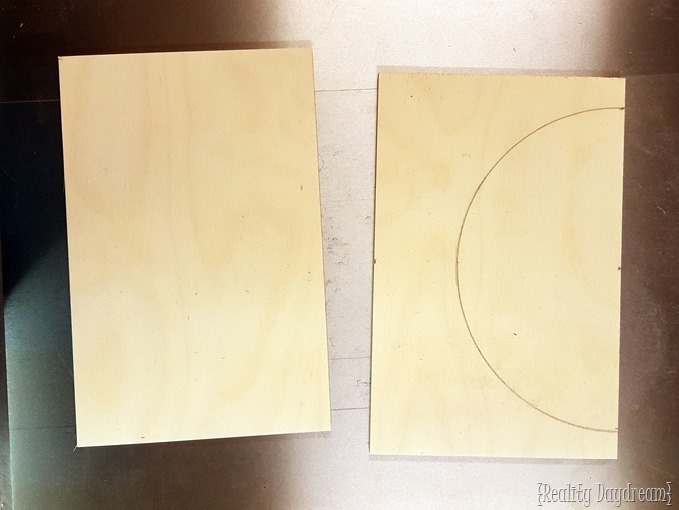 Then I found the center and marked out a notch to be cut out.

Using my trusty scroll saw, I cut out the half circle. Then traced that exact shape onto the second board, and cut it as well! This is the scroll saw I use and it’s A.M.A.Z.I.N.G. But if you’re looking for a more mid-range (read: less expensive) then this one is also great quality and handles well! Whatever you do, don’t buy a scroll saw in the $100-$200 range. You’ll regret it for sure. 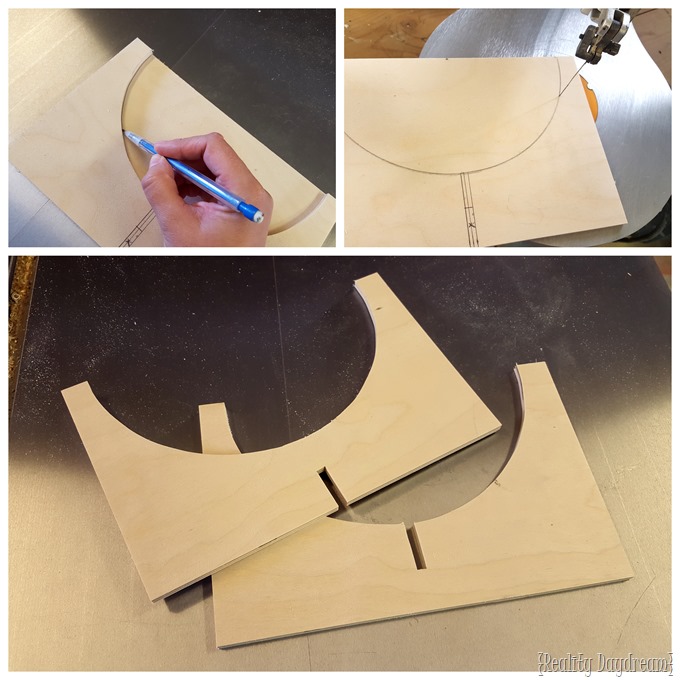 Notice how I cut those notches out on opposite sides? That’s so they can fit together like so: 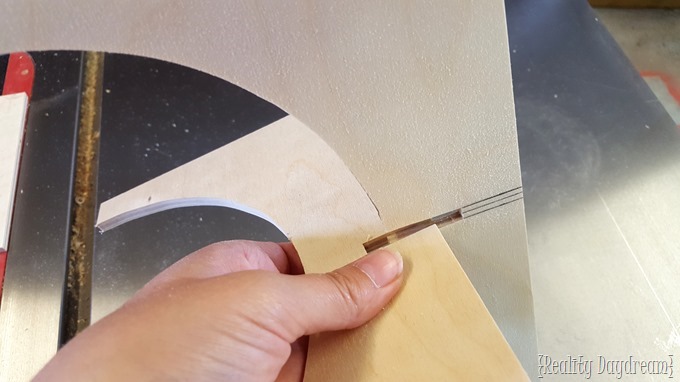 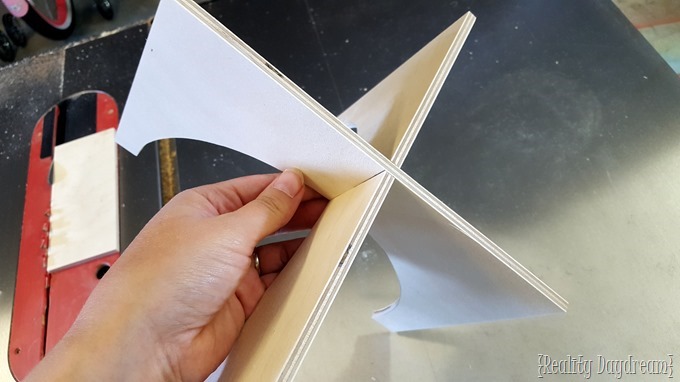 Now it’s time to spray paint them with that metallic spray paint! This stuff is the bomb dot com. 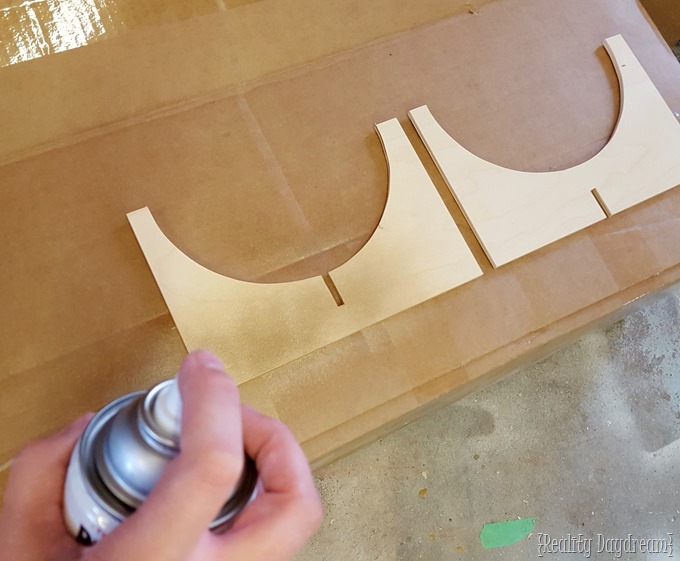 The notches allow the two pieces to fit together snug enough that I don’t need to glue it… but I can also take them apart for ease of storage! 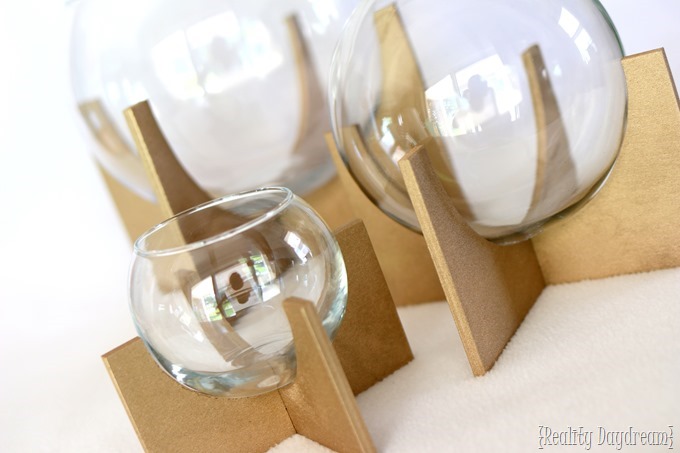 Next, I got out my FAKE succulents! If you follow me on Instagram, you’ve heard me lament about how I can keep just about any plant alive… except for a succulent. What gives?!

So for this project, I decided to cut corners and just use fake. I’m pretty confident about it, so go ahead and look down on me. 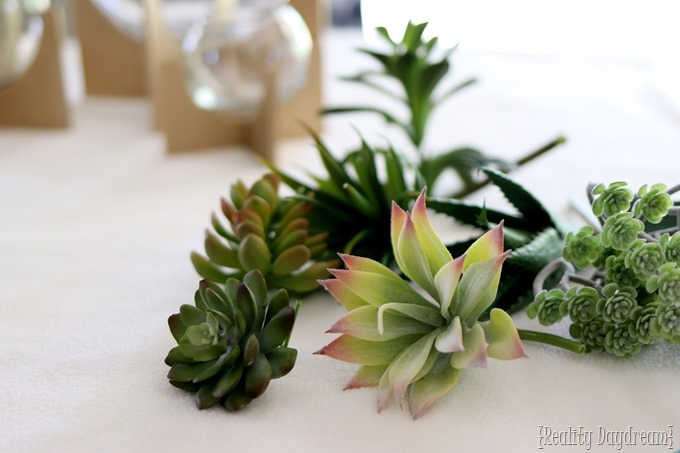 So pretty right?! I got mine at Hobby Lobby, but I noticed you can also get them on Amazon (here) for much cheaper… soooo.

I started snipping of the long stems, and placing them into the globes… moving them around as the spirit leads. I big one here,  a little one there. Booya. 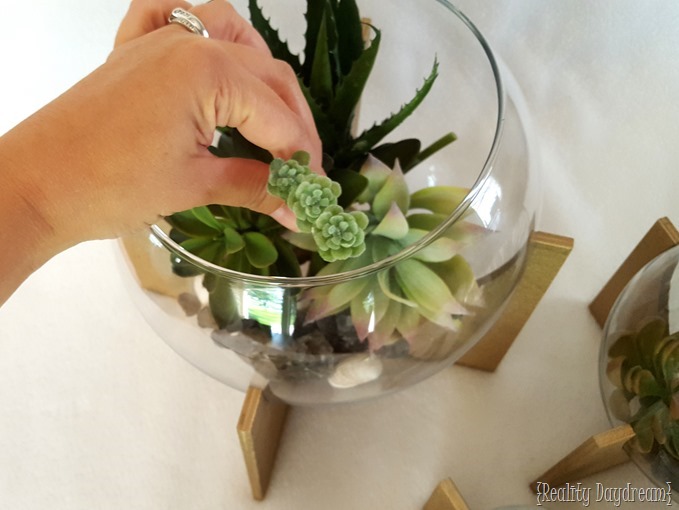 Then I used some rocks and shells that I had in my crafting stash. You could get something in the aquarium department too. 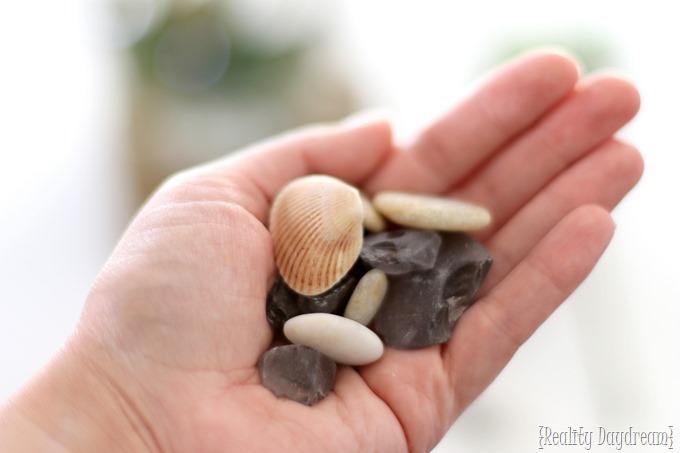 I just nestled the stones in around the sides, rearranging things accordingly… until it looked just right! 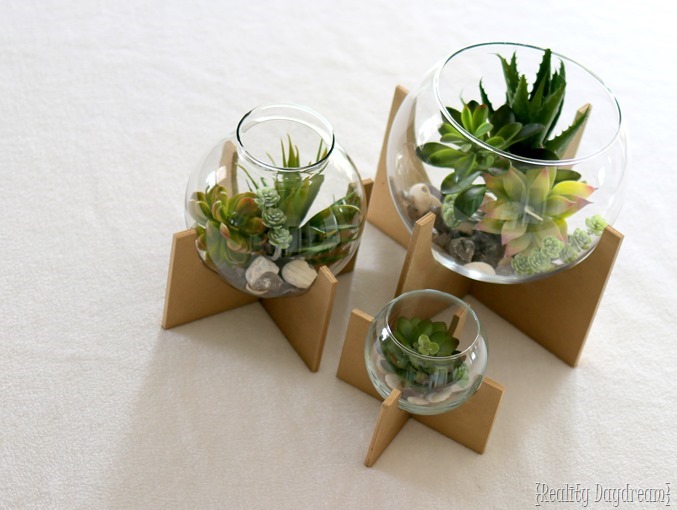 Nick really wants to fill them with water and put fish in amongst all the faux greenery… which isn’t a half bad idea.

I would venture to say that I like my version of these Cross-Base Terrariums even better than West Elms version. But I do thank them for the inspiration. Of course.

Do you think this is one you’ll try?! I hope so! And as always, tag us on social media and hashtag #realitydaydream if you give any of our tutorials a whirl.

Despite having a black thumb when it comes to succulents, I have these other fun tutorials for my fellow succulent-lovers out there. You can TOTALLY use fake succulents instead. I’m glad we had this talk.

You might also enjoy these other projects that I’ve used my Scroll Saw for! 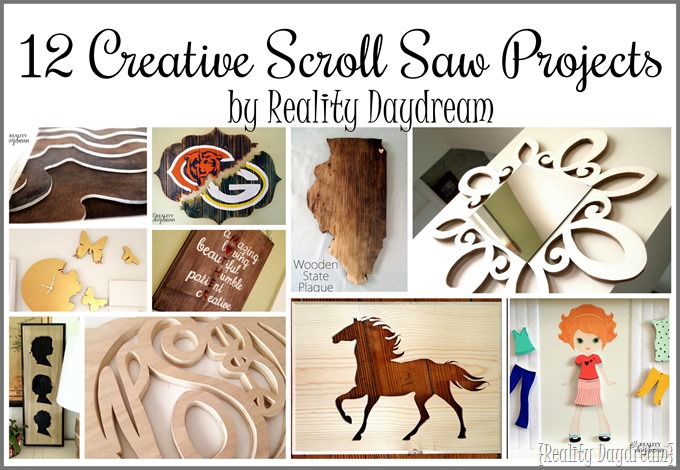