FRIDAYYYYY! What a week it’s been. Between the girls’ nap-strike, the thin film of drywall-dust on my eyelashes, and the awkward web-cast that went terribly wrong when my computer died… I’m ready for some nothingness. Were you guys watching that? UGH.

But before I fall into my coma, I wanted to share our little curtain rod idea for the wall at the top of our stairway. After FINALLY finishing the Royal Design Stenciling project, and whipping up the colorful  Medieval chandelier, I knew the finishing touches would be adding some window treatments and throwing in the corner-shelf with some pretties.

So let’s get started!

Curtains can be EXPENSIVE. But no one ever talks about how expensive the actual curtain RODS are! Even the most standard cheepy curtain rod will still break the bank for us thrifty folks. Can I get an amen?

I can’t say that ALL my best ideas come to me while sitting on the toilet… but this one truly did. TMI? So sorry. Just keepin’ it real y’all. 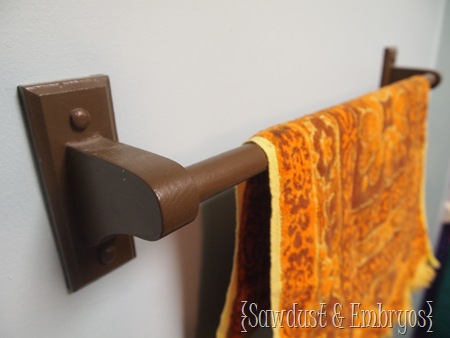 And my brain went ‘DING’!

Since we have two towel racks in a bathroom where nobody bathes, I removed it from the wall. This sucker was ready for bigger and better things! (Our toilet paper holders are like this too, so we had tons of options!)

If you don’t have a ‘spare’ towel rack to repurpose, it would still FOR SURE be cheaper to buy one (like this) than to buy a curtain rod… just sayin’.

Nick picked up a 3/4” 4-foot dowel at the hardware store, and it fit like buttah. 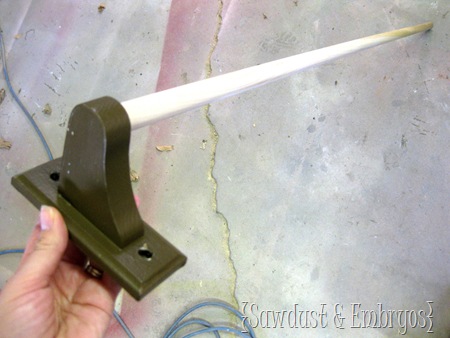 Since I knew that this ‘curtain rod’ would be hung up high (VERY high) and there wouldn’t be any wear and tear to speak of, I didn’t bother sanding… just went at it with a little Kilz.

And then I hit it with a little Valspar Metallic gold that I had on hand. I like a little shimmer from time to time! 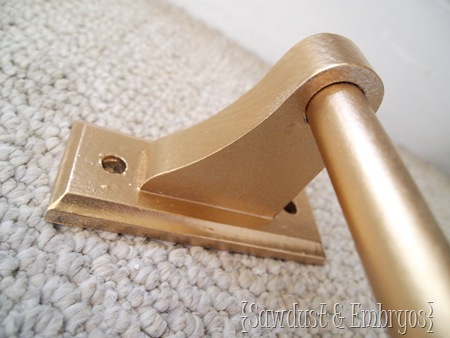 Nick used a bandsaw and a chisel to knock out a little notch so the rod can be removed easily (unlike a towel rack!). See what I’m sayin’? 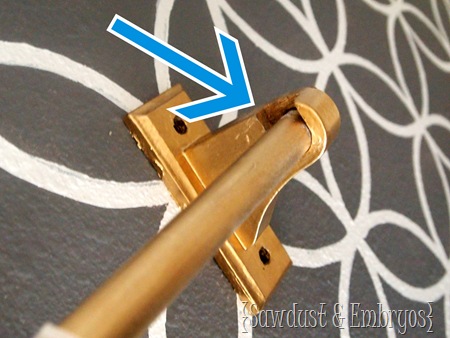 It looks a little rough from that angle, but when it’s 10 feet in the air, and on TOP of the curtain row… well, ain’t nobody ever gonna see it.

I just so happened to have some sheer curtains from my old apartment-living days that I had gotten at IKEA, and they were miraculously long enough for this very tall window! 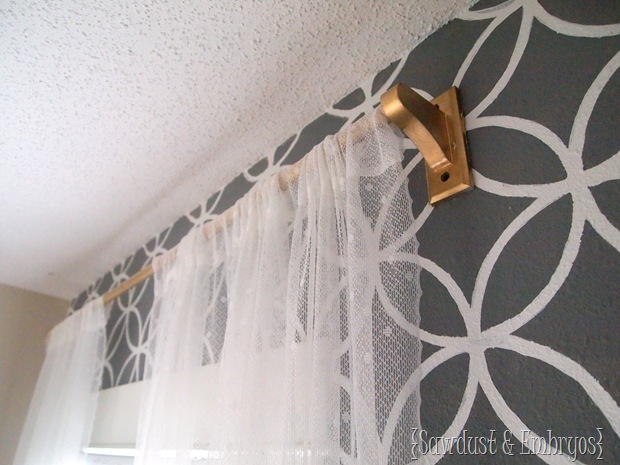 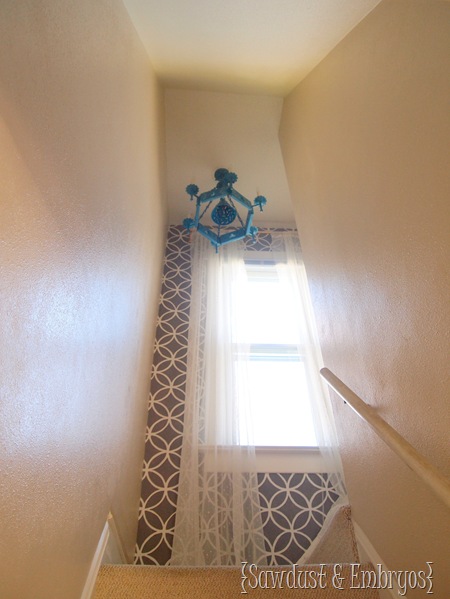 And I took my white Chicken-wire corner shelf that used to live in the living room before we took the wall out, and planted it right in that corner for a little visual interest and color. I love it.

Now I feel like there is some life in the middle of what might be the longest, most cave-like BEIGE hallway and stairway.

In the words of Sophia Grace and Rosie… ‘It’s SO GOOD’!

Making our grand total at… *drumroll* …What you already did all the figuring in your head?  $2.64 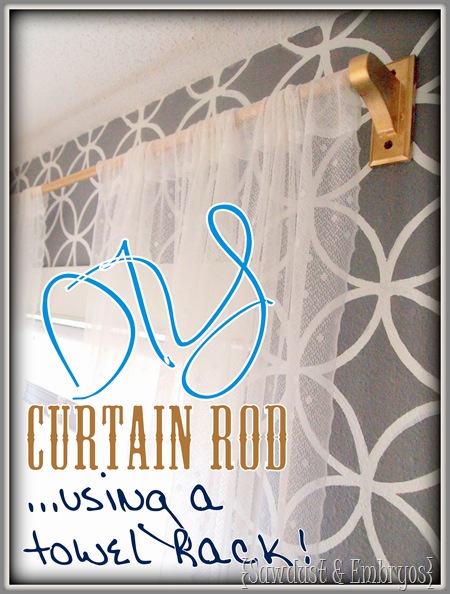 And that is that! I know you have the perfect Curtain Rod hanging dormant in your bathroom as we speak! 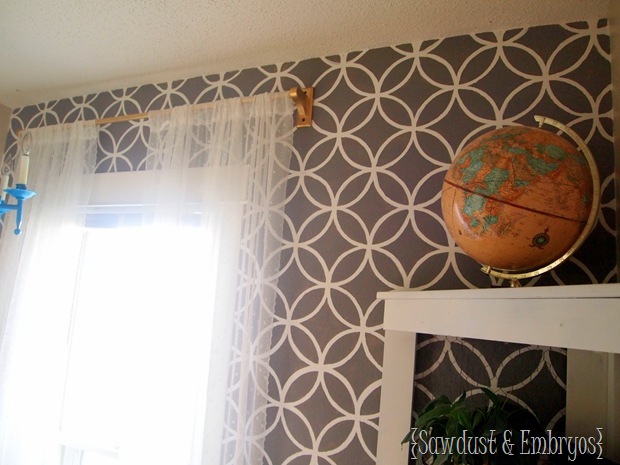 Now go do something creative this weekend!