I know I talk about the girls’ sleeping problems a lot lately, and I acknowledge that most of the issue was us trying to force the tikes into taking one nap instead of two…

Can we talk about that?

Do you remember how Daylight Savings time happened, oh… I don’t know… almost THREE MONTHS AGO?

You guessed it: The girls never adjusted to the time change.

All this time, I was thinking their nighttime non-sleeping tom-foolery was CAUSED by too much sleep during the day. But I now me-thinks it’s the opposite. Their excessive sleeping during the day is a result of a lack of sleep at night. They used to go to sleep around 6pm, and it’s been slowly creeping back as the sun sets later and later.

Now I’ve been toying around with purchasing some blackout curtains, and I’ve done TONS of research and read TONS of reviews (which is such a waste of time… because people either love things or they hate things. This causes me to experience an inner struggle, and I end up not purchasing anything… weeping quietly in my closet).

PLUS, a small part of me will feel sad to ditch one of my fave design elements in the nursery… the whole room was designed around these curtains! 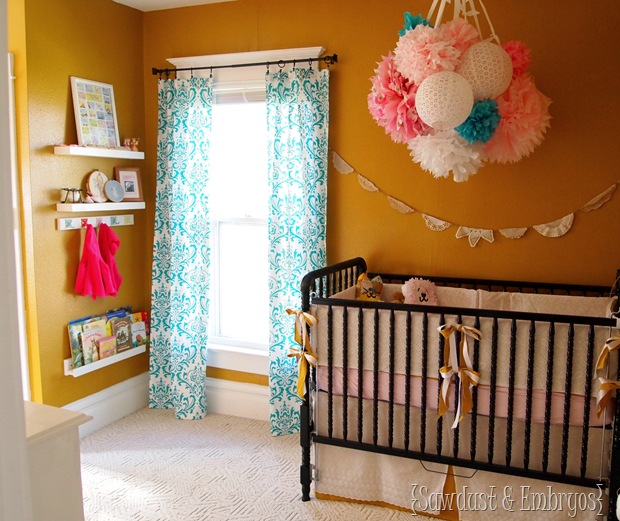 Additionally, I wasn’t completely convinced that darkness would really make a difference. And we didn’t want to spend a ton of money finding out. Especially when I would much rather buy curtains for this room.

Well last night, Nick and I decided to do a little controlled experiment.

I said, ‘Babe? I bet you can’t make the nursery black as night.’

(Men, they need a challenge… choose your words carefully)

Ten minutes later, he presents this to me (with a proud grin on his facial region). 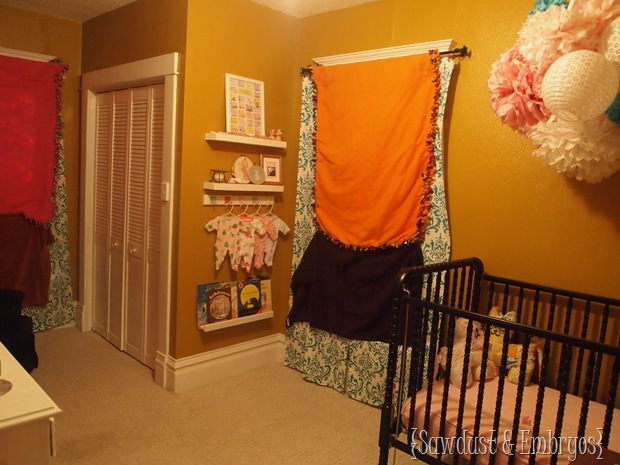 Here it is with the light off (in full daylight). 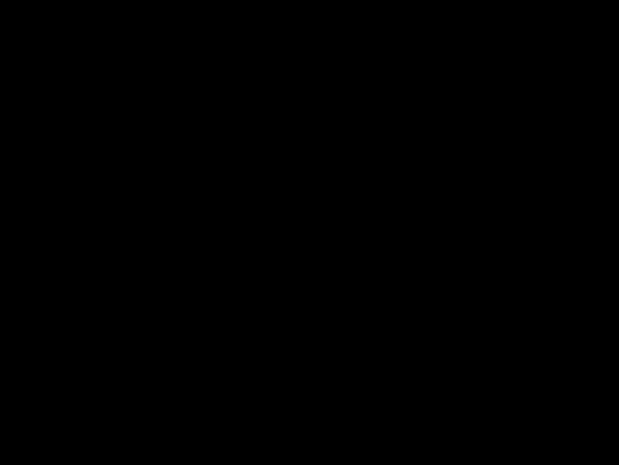 Just kidding, but wouldn’t that be nice? This is pretty darn close. 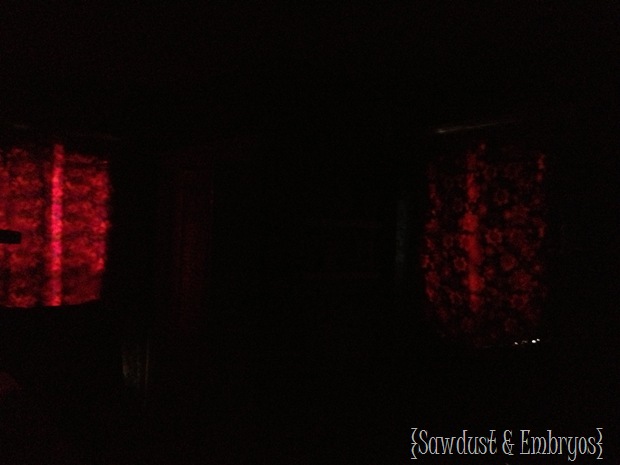 Since the girls had missed one of their naps due to Memorial Day festivities, we knew they were super tired and this night would be the perfect eve for said controlled experimentation.

The girls were CLEARLY tired at supper time, and so afterwards… we got PJ’s on, brushed teeth, and headed up to the CAVE to read their bedtime story (so the darkness could sink in and make them and have sufficient time to trick their sleeping mojo into gear.

Then we put them to bed, walked out the door, and gave each other a high-five.

THEN we painted the studio, built a frame, sanded Texas and Indiana, gave some finishing touches to the bathroom backsplash, and watched The Fast and the Furious… not hearing a single peep from the girls.

They DROPPED under the cover of darkness. 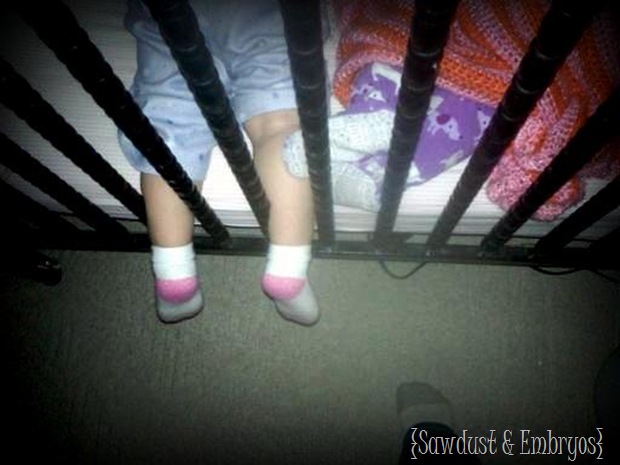 P.S. After Nick assaulted the nursery with blankets, towels and pushpins, he announced that (and I quote) ‘If this works, I’m totally going to sew some black-out roman blinds to go behind your gorgeous damask curtains’.

Get excited for that! I am.