My sister Anna talked my into taking this personality test (16Personalities), and I was somewhat devastated at the results. There were some things that were right on…for example, I don’t (and dislike when people do) beat around the bush… JUST SAY IT! But the majority of the results discussed how I come up with ideas, but want other people to execute them. WHAT?!

But then I got to thinking how true this really IS! I have so many lofty plans and ideas for our home… but I often let myself feel crippled by how knowledgeable Nick is, and end up just expecting him to do it for me. Soooooo not cool. Having a handy and willing husband is a rare treasure, and I know how lucky I am. But I need to challenge myself! 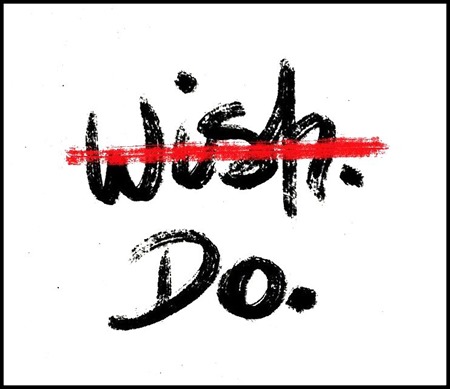 ALL THAT TO SAY… I decided to build a breakfast bar on our existing kitchen island. It’s something I’ve been wanting (Nick) to do for a loooooong time.

We almost started on it last spring, but with our upcoming fertility treatments, we thought it best to wait to find out how many (if any) more children we would be having. Because if we were having twins again, I wanted to build it in such a way that it would fit 4 stools. So when we found out we were pregnant with a single child, we knew we would only need space for 3 stools… but between my unproductive first trimester and Nick building the giant patio with his own two hands, the summer just got away from us.

So this week, I decided to take initiative while Nick was at work. 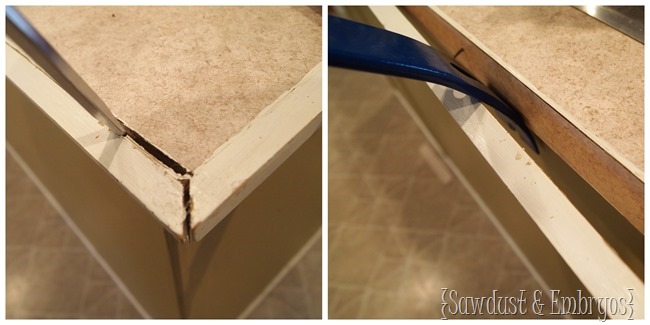 It was like I had a sudden burst of energy and confidence… and just decided to go for it! The girls helped me pry off all the trim pieces on the south side of the island. Then I used my reciprocating saw to hack off the lip of the counter so it would be flush with the island. 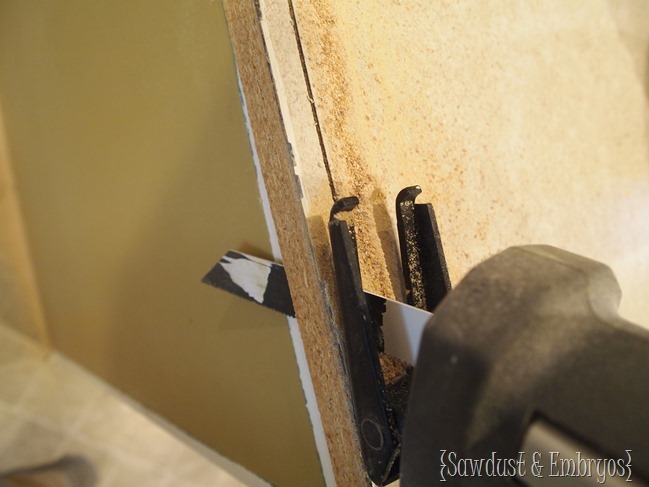 There was sawdust flying everywhere in the kitchen, and the girls watched with wide eyes as they witnessed my reckless abandon. At one point, Della said ‘maybe you should let Daddy do this’. But I reassured them that us girls can wield power tools too… and just about anything else we put our minds to. 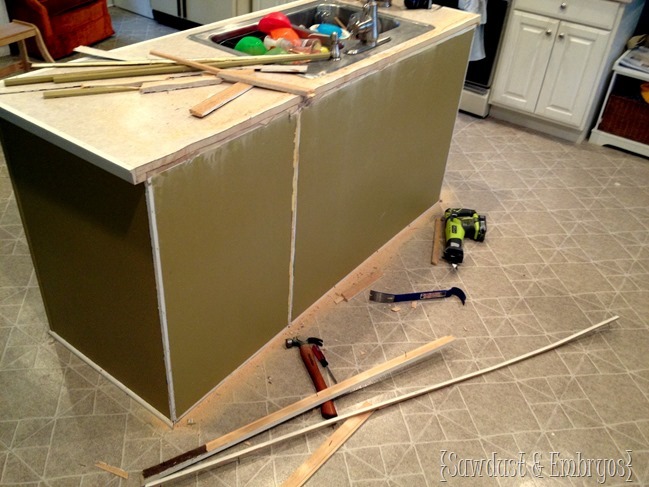 After doing some research, I learned that standard ‘bar height’ is 42”. Since my countertop is going to be two inches thick, I made my wall height 40” with 4 vertical 2×4’s and a 2×4 on the top and bottom for stability.

Nick came home from work to find me framing in a wall, and his mouth might have fallen open. 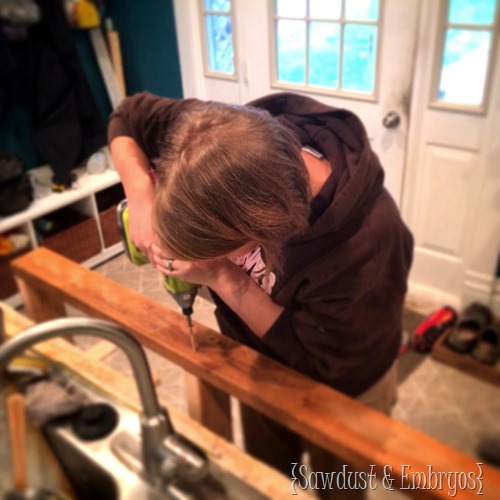 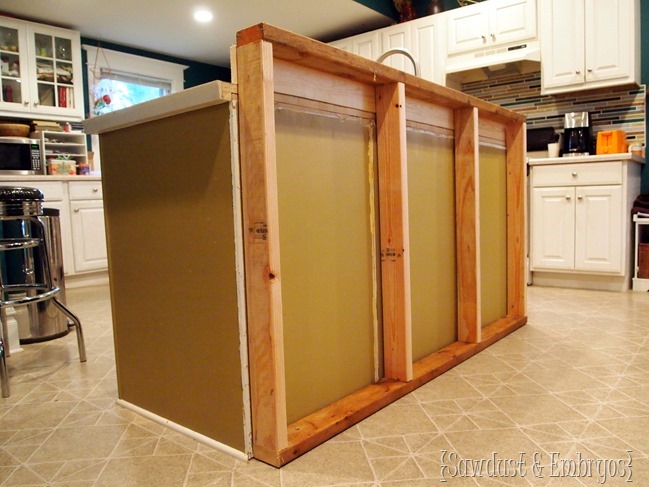 This skeleton frame got wrapped in plywood, and I’m almost ready to install my corbels! I’m SO in love with these corbels, and they’re SO MUCH more simple than they look. Tutorial coming next week! 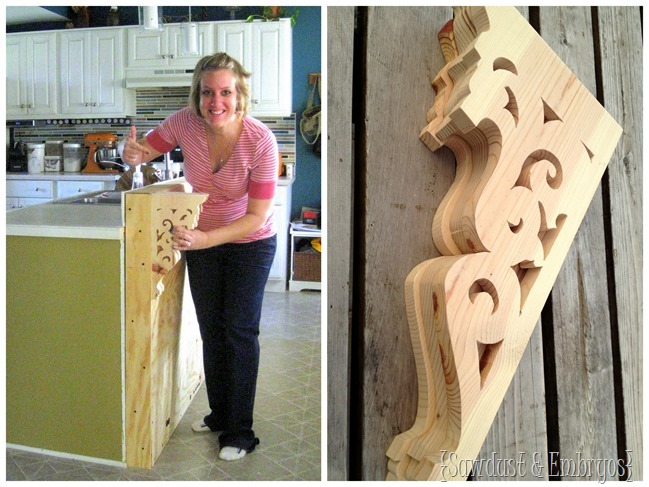 This project has me all giddy, and I can’t wait for it to be done so I can stand back and admire my own hard work. I think Nick is secretly proud of me too (and probably cringing at the way I’m doing some things).

Do you feel paralyzed at the thought of tackling a project you’ve never done before? Or do you have a hubby that’s capable, so you shy away from diving in yourself? I challenge you to just go for it! You’ll learn as you go, and feel SO fulfilled in the process!

And with that I’ll say HAPPY WEEKEND… now go fourth and be creative!