If you haven’t already, you may want to read Chapter 1 and Chapter 2 first. Otherwise you’ll be confused.
So Ever and I were stranded in a ditch with sub-zero temperatures. Nick’s boss, Jeff, valiantly  came to our rescue with his beastly plowing truck. He pulled Ever’s truck out of the ditch, and Ever said his goodbyes. I still don’t know if Ever made it back home. Jeff and I spent the next 45 minutes scaling massive drifts and defying gravity. I guess it really pays to have a plow on the front of your pickup. Jeff eventually admitted to me that he was pretty sure his truck wouldn’t make it back to my place. The drifts were growing exponentially. And so the plan was to go to his place and wait it out. Not an ideal situation, but somewhat preferable to the alternative of spending the day snowed into a vehicle with a sketchy illegal Mexican. It was starting to get lighter out, but the visibility was still low, winds still high, and blizzard still growing. As we turned the corner onto the road where Jeff lived, it became obvious that we wouldn’t be waiting out the storm at his place. A drift at least 15 feet high spanned across the road. It was literally a wall of snow. Jeff made some attempts to push the snow with his plow, but it was clear he wouldn’t be getting through. 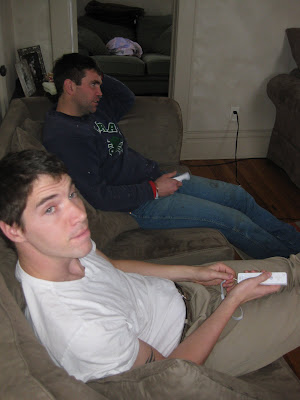 I made the suggestion that maybe he  would be waiting out the storm at our house. And we began the treacherous 3 mile journey to our homestead. The drifts were indeed higher than they had been just a few hours earlier, but the daylight helped substantially.
Jeff spent the day with Nick and I. We made pancakes and played cards, the Wii, and watched two movies. By the time the winds had died down and the blizzard warnings had ended, it was late afternoon, and the three of us bundled up to go find my Jeep. 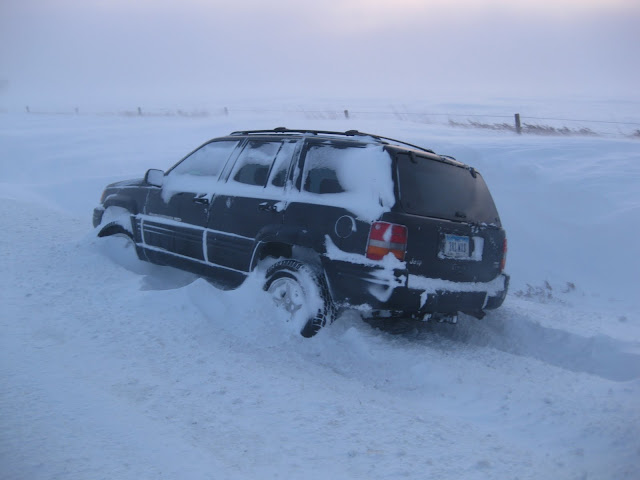 We found it. And it was indeed in the ditch. 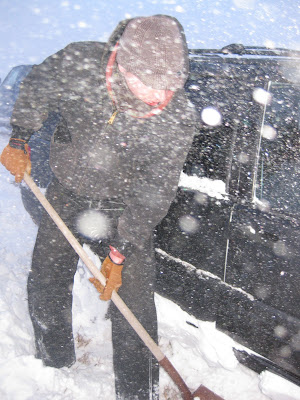 Luckily, there was no damage, and we got ‘er all dug out. It took all 3 of us with shovels and a snowblower to get it dug out. And one good yank with the chains attached to Jeff’s truck. It’s a beautiful story of survival. And I feel like a better person for having endured it! In the future, I may not get as much of a thrill out of taking risks… at least involving snow and ice. 🙂

Leave a Reply to Jenn-Lee at Moments Cancel reply