Greetings my posse! Are you so excited to see the progress that’s been occurring in the living room these days? If not, you SHOULD be, because it’s fabulous (said with the Orbit Gum lady’s accent).

Remember our little mood board? 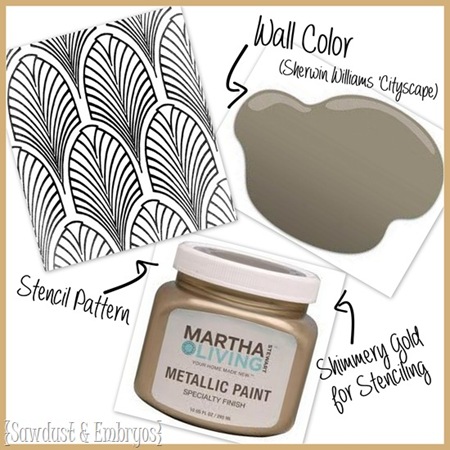 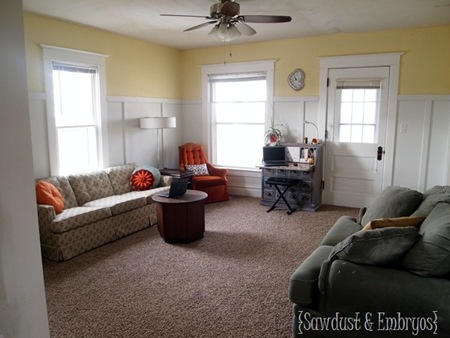 I should start by describing the process by which the stenciling ‘grid’ was laid out. Nick did some measuring and mathematics (which he’s skilled at from all the backsplash painting), and then we whipped out our chalk line. If you don’t have one of these, you should get one… they’re so FUN! 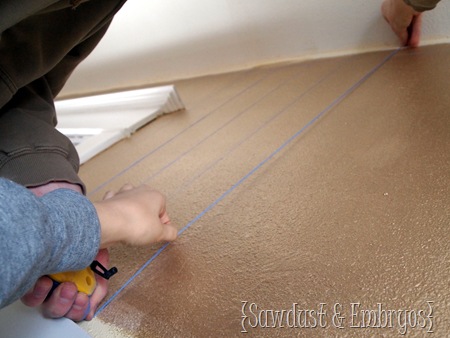 He held the string tight, and I snapped that baby like it was my j.o.b. 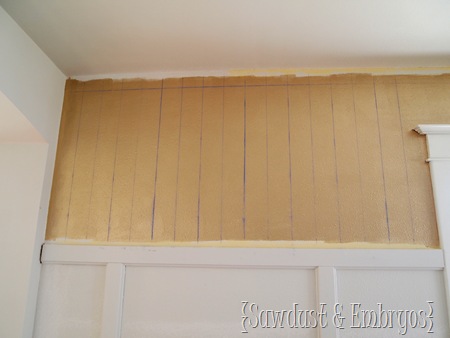 It’s the perfect way to make sure the stencil is applied evenly and awesomely straight without having pencil lines that need to be erased or painted over.

As you can see, I secured my stencil in place with a few pieces of tape. You can use stencil adhesive too… but I don’t like using that stuff. It’s smelly, and leaves a sticky film on your surface. BTW, I had this stencil custom made by Dana from Decals N Decor. 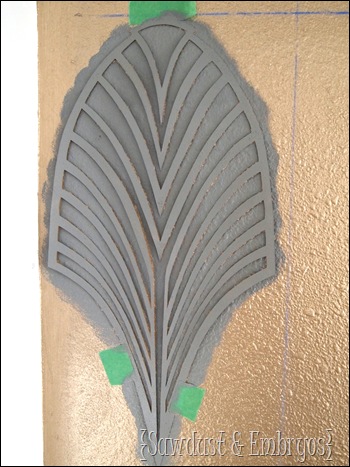 Embarrassingly, I painted the 1st of the three walls using a round foam brush. I’m not sure why I thought that was the best option… but it was taking FOREVER, and there was a lot of touch-up work because of paint-seepage. 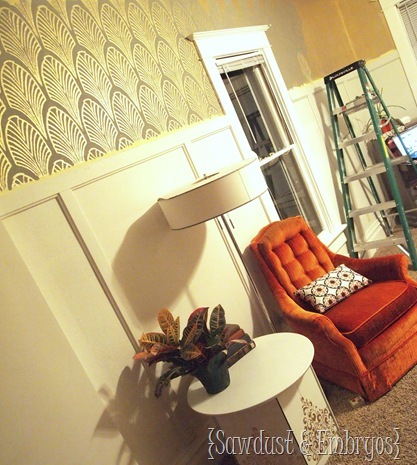 Finally, I bought AN ACTUAL STENCIL BRUSH (genius right?!), and it made all the difference in the world. You’d think with all the stenciling projects I’ve done, I would be a pro at these things. 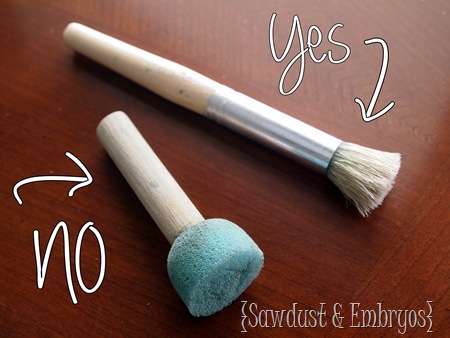 And I’m overjoyed to proclaim that: THE STENCILING IS FINISHED!!!

THREE… CHEERS, is all I have to say. 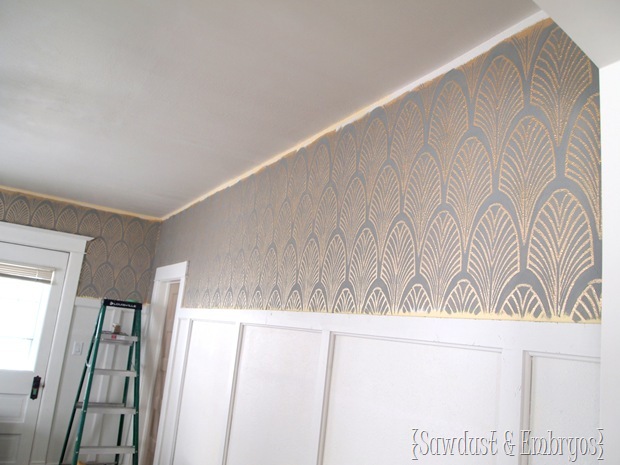 Here’s how I did the stenciling along the ceiling… (as you can see, my stencil has seen better days at this point)! 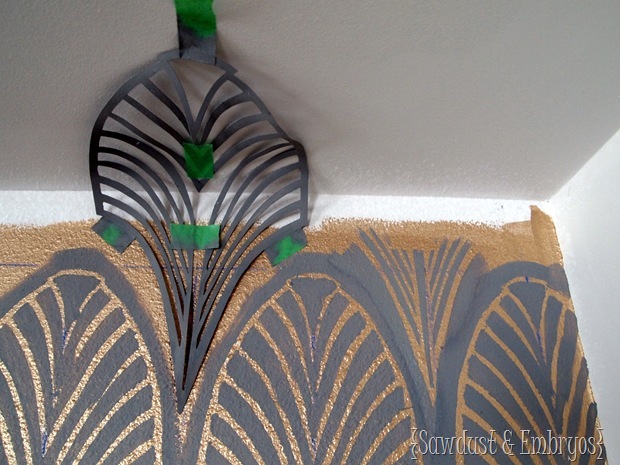 I love the contrast between the shimmery metallic gold, and the flat gray. It looks different in different lighting, and depending on the angle you’re looking at. 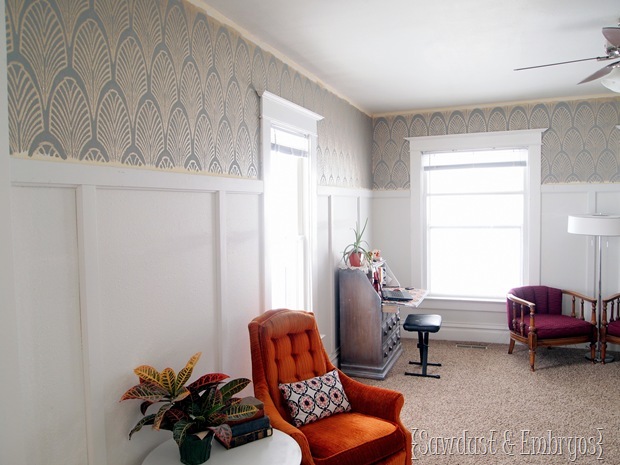 Here’s a shot that includes the arches. 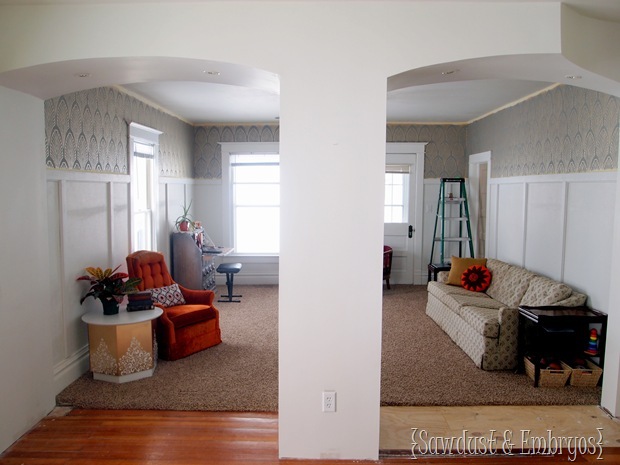 The room is starting to come together in my mind. While Nick is working on the crown molding over the next week or so, I’ll be tackling curtains (which the room DESPERATELY needs)!

We’re also saving our pennies for a new couch! Because a couch is just one of those things that I don’t want to DIY. Did you just lose respect?

UPDATE! Check out the finished living room in this post!!