Oooook, well I wasn’t AS productive as I planned on this week… but I accomplished a fair amount. I didn’t completely fast from the computer (as you well know if you follow me on Pinterest) but I consciously cut back and tried not to ‘linger’ …if you know what I mean. Did anyone else feel like this week lasted forever? And yet it feels like January flew right by!

One of the things on my list to do this week was visit my cousin’s tiny preemie newborn in the NICU… brought back so many memories!! Only her baby was 3 months early and weighs 3 pounds. I shoulda taken a picture, but didn’t even think of it. You would have been blown away by how tiny and perfect that baby was. AND, she made my little monsters look like 5-year-olds. 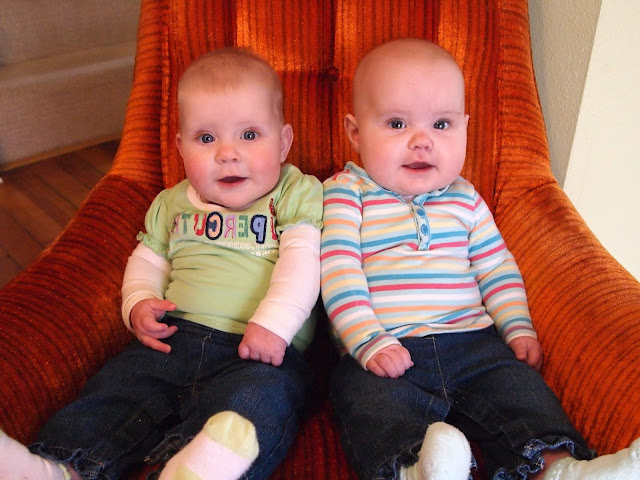 I got out the 9 month clothing this week, and these two shirts are… well, on the smaller side. This is the first and last time they’ll be wearing them! And while we’re talking about clothing being a little snug… I’m totally breaking my diet this weekend in the name of SUPER BOWL FOOD!! (I don’t even know who’s playing) heh..

I’ve got some fun projects to share next week! Have an awesome weekend!