This is the second of four pieces of furniture that Brenda dropped off for us to nurture and love. 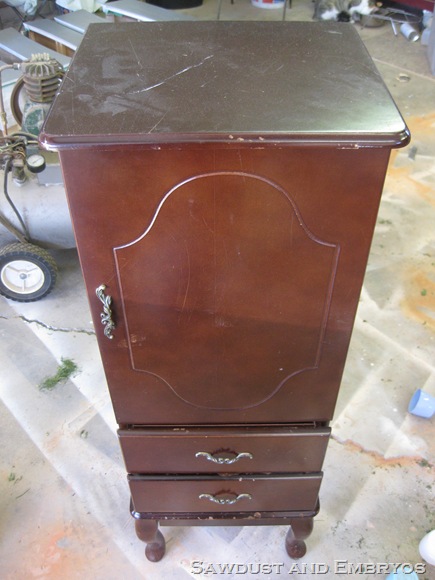 If you’re like me, you think it’s pretty darn fancy just to even OWN a sweet enormous jewelry armoire. Or better yet, to even HAVE enough jewelry to require a piece of furniture to house all of it! Jealous!

So Brenda had seen an armoire similar to her own, only it was chic and WHITE… and had a stencil of Audrey Hepburn on the front! So Brenda went out and immediately ordered a vinyl in the same exact Audrey Hepburn design, with plans to someday make her jewelry armoire similarly swanky.   …and then she never got to it! So she hooked us up with the vinyl, and let us do our thing.

The hardest part was taking the whole thing apart and meticulously taping things off to protect the soft velvety inside. We primed and painted white! 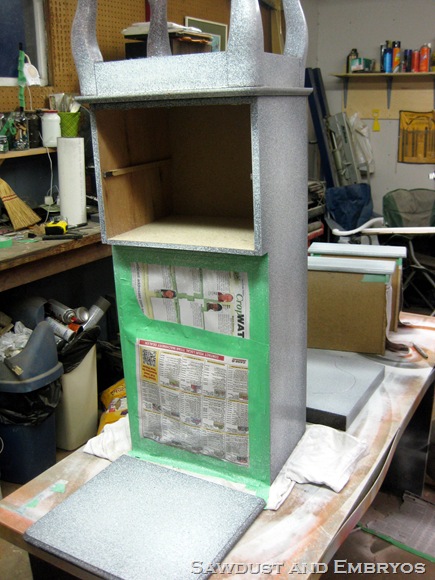 After assembling everything back together, we brought ‘er inside and got comfortable on the living room floor… 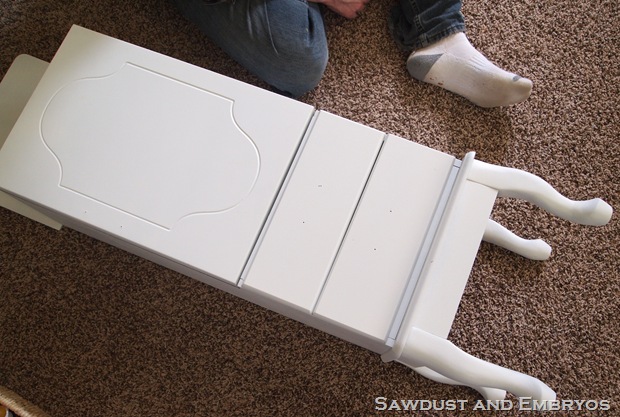 And started peeeeeling back the top sheet on the vinyl. 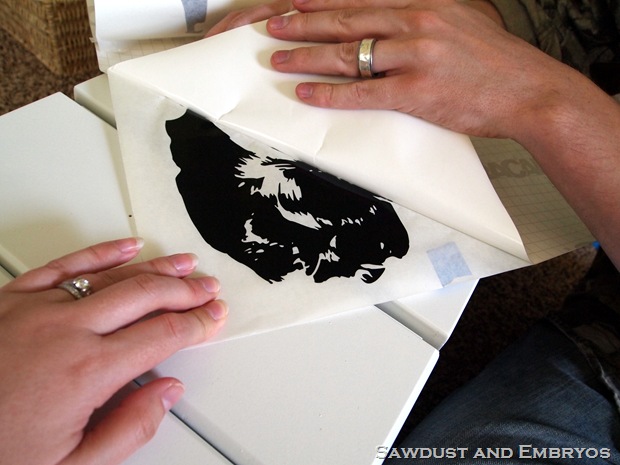 Then we lined everything up where we wanted it, and pressed down! 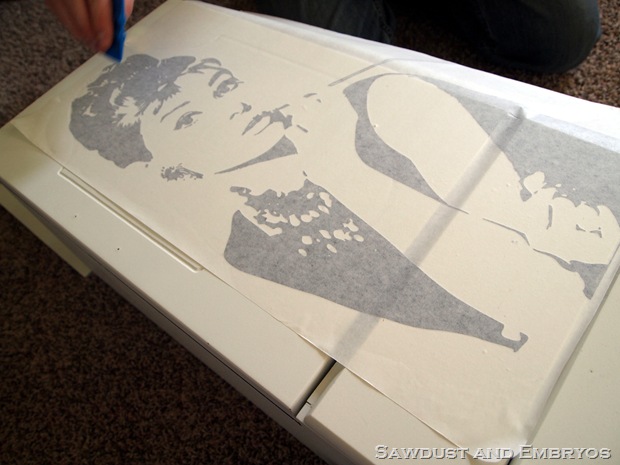 Using a razor blade, we carefully sliced out the strip of vinyl between the door and the drawer. 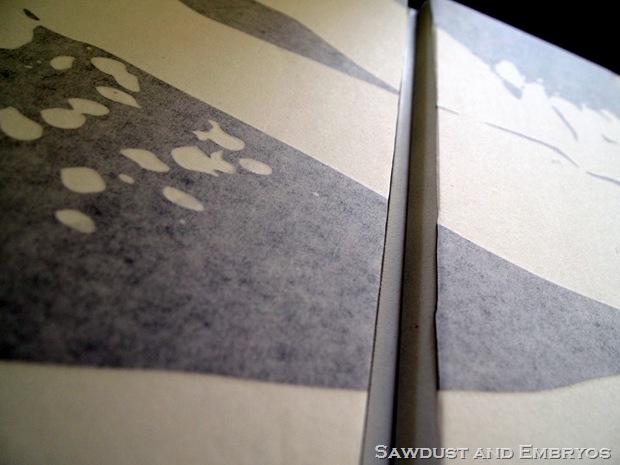 And then we slowly peeled of the paper to reveal a super glossy sleek silhouette!
HELLO Audrey! 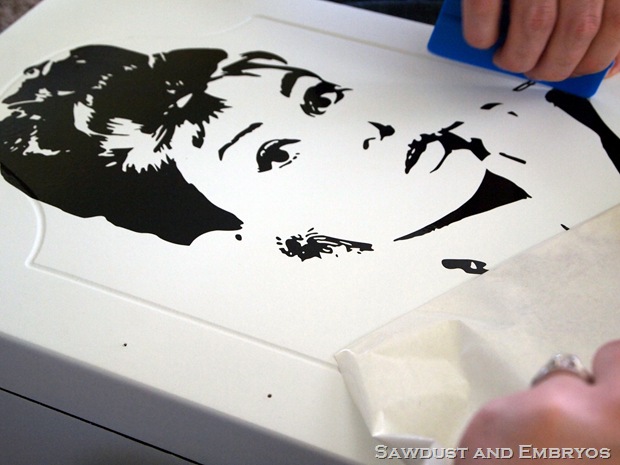 We took that strip we had sliced off, and applied it on the narrow strip behind the door and drawer! That way the design wouldn’t have a gap there, and will appear to flow seamlessly all the way down! 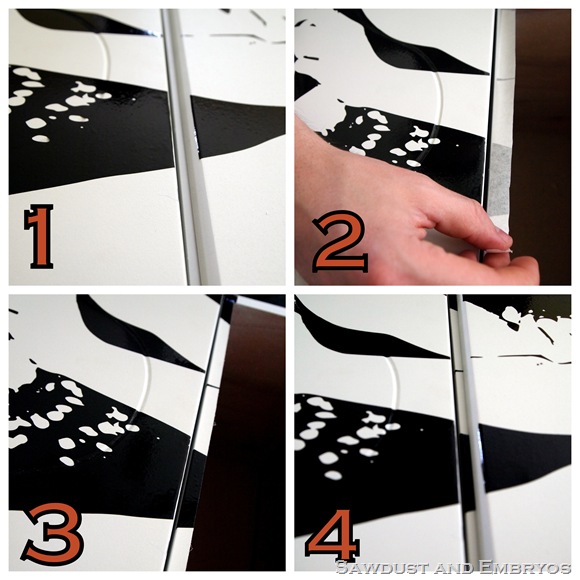 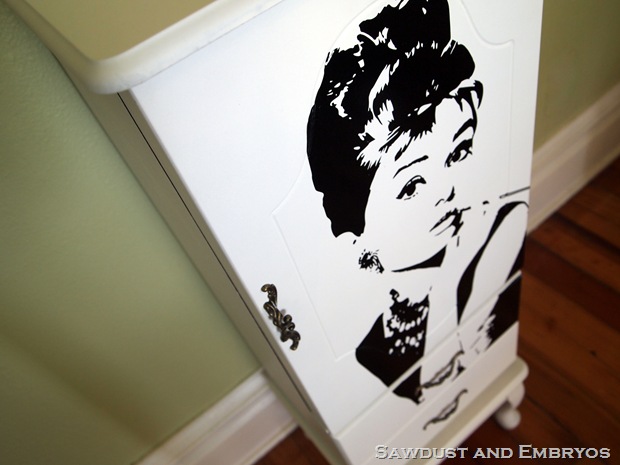 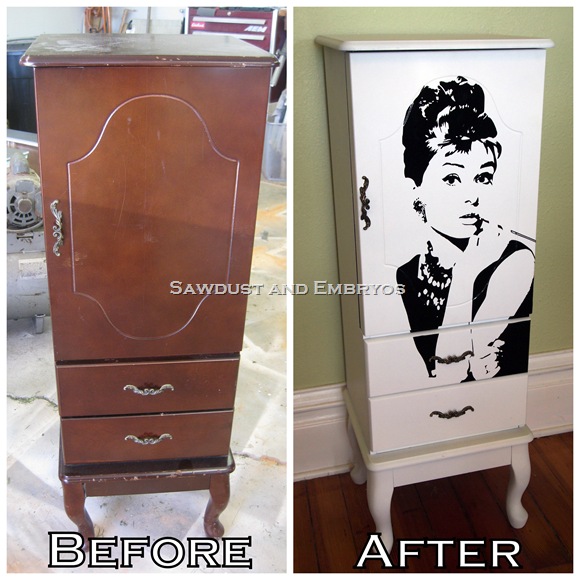