So last weekend, we voyaged to the Wisconsin Dells to celebrate my little brother’s wedding. You know, the one that proposed in Spain all romantic-like?

It was a wild and chaos-filled weekend for those that have two children under the age of two. But all things considered, the girls handled the weekend like champs. It didn’t hurt that there were so many family members around to entertain them and help out!

Do you remember how Paisley wouldn’t sleep ANYWHERE but in her crib? And it was, like, a major problem? And we did a little sleeping therapy to prep for this weekend by moving the pack-and-play to various rooms in our house for her naps so she would eventually be a little more versatile? 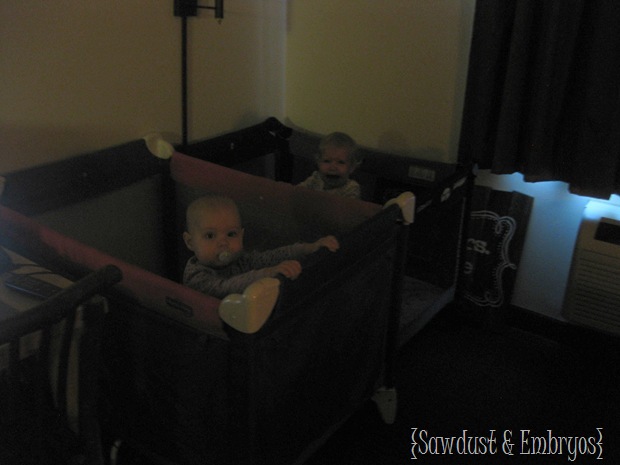 But it ended up working fine. There were tears, but only briefly. And since we thought to bring the baby monitor, Nick and I spent many hours sitting in the hallway at the hotel while the babes went to sleep. There’s no way they would have gone to sleep with us just hanging around in there with them.

We also used the hotel hallway to do a little Flower Girl practice! 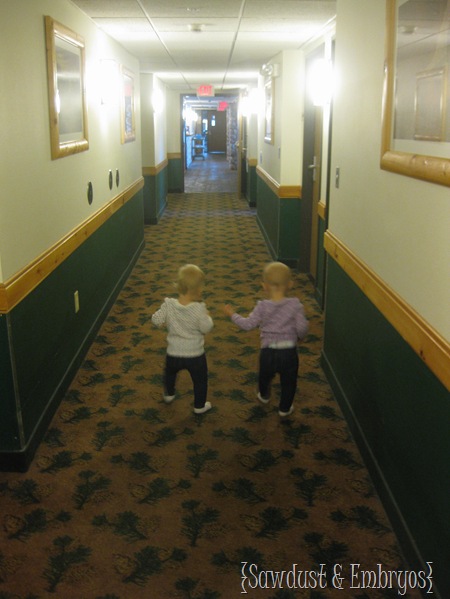 And as a back-up plan, we also practiced with the wagon… you know, just in case the two 15-month-olds don’t cooperate and walk down the isle in front of hundreds of people, on command. 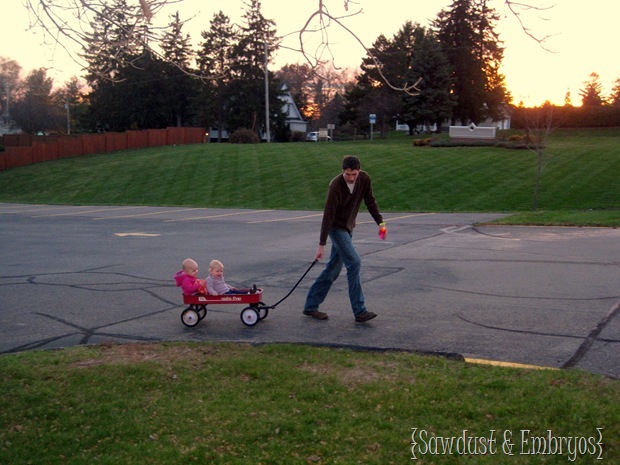 The wagon wasn’t needed though. The girls TOTALLY WALKED DOWN THE ISLE like it was their job. I got video of it at the rehearsal (it went just as well at the wedding!)… due in part to me luring them with tortillas. 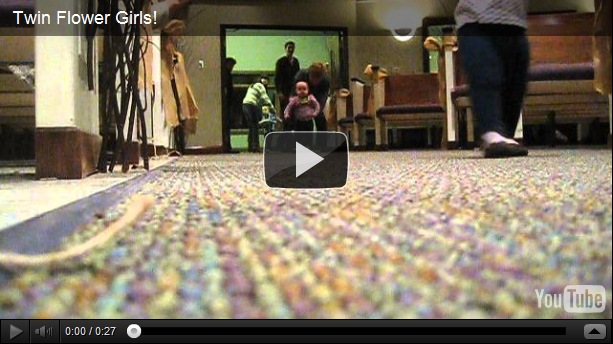 I know this post seems to be all about the girls… but in reality, it was a BEAUTIFUL wedding! And filled with so much love and excitement for the future! I’ll be sure to show photos of the actual event if/when I can get my hands on some professional pics of the wedding. Because the good Lord knows I was wrangling two little girls the whole wedding long, instead of taking pictures. (OH! And Delly soaked through onto the mother-of-the-groom’s dress… oopsy!)

BUT! I’ll leave you with this lovely photo of Caleb and Laura’s first dance. And if you look closely, you can see my sister Anna and I singing in the background. (And I’m totally rocking my Mustard Dress from Shabby Apple). 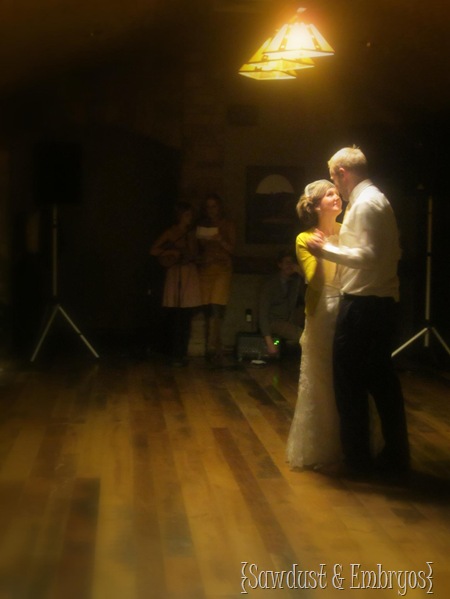 Congrats Caleb and Laura! May you be blessed with many happy years and active reproductive systems!