I lost 40 lbs in two weeks on the “I Birthed Twins Plan”! Seems like a lot, but I’m only about half way there.  🙂 The funny thing is that, the day after my c-section… I had only lost 8 pounds. Yet both girls together weighed 11+ pounds, not to mention two placentas and two sacs of amniotic fluid had all been removed from my central region. I may not excel at math, but something just doesn’t add up. Pun totally intended.

Happily, however, my feet no longer look like this: 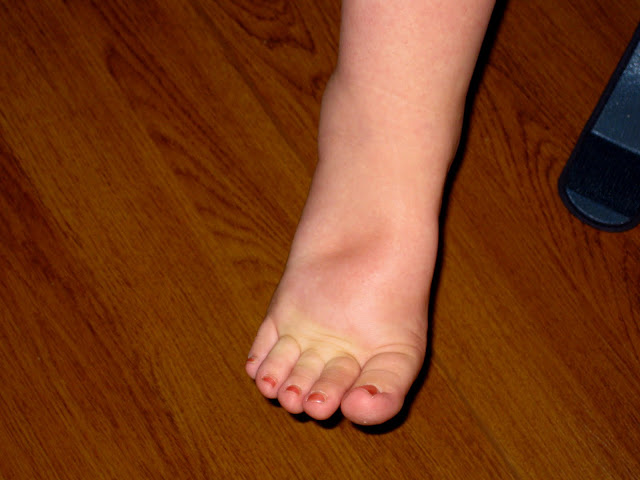 So here I am blogging on the weekend again. I haven’t felt much like blogging lately, but not because I haven’t had time. It’s just really disheartening to still be at the hospital after all this time. The girls have been eating great and maintaining their weight, that’s no longer the problem. A few days ago, we were scheduled to be discharged. But in the middle of the night, a nurse came in our room to tell us that Adelyn had spiked a fever, and they had done blood-work and some sort of culture had been growing a bacteria, suggesting infection… or worse, Meningitis. We had to give permission to do a spinal tap (heart-wrenching for a mom to have to listen to from the next room), which turned up clear. And then they immediately started an IV with antibiotics which have to run their course for one week. Adelyn had an some sort of infection in her GI tract, and though it’s gone now, they have to let the antibiotics run it’s full week-long course, otherwise the infection may come back much worse. So while she’s happy and healthy and eating like a champ… here we are, waiting. Still. Waiting.

But we’re so grateful to have our little peanut’s in our room for much of the time! In fact, Paisley’s been released from the hospital, so we’re starting to actually feel like parents with some responsibility! 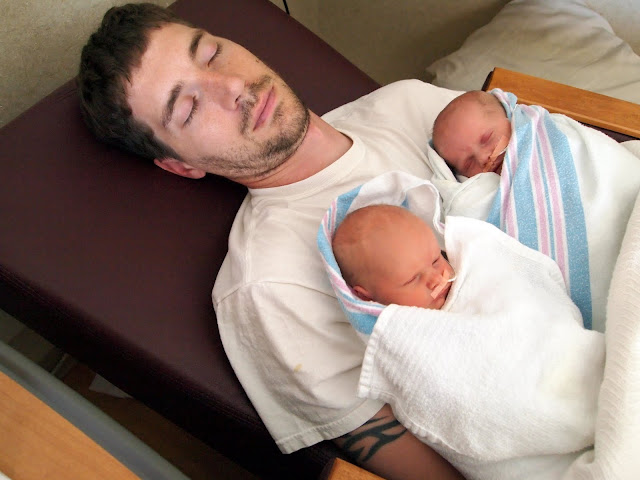 It’s easy for us to get all down in the dumps about our situation, but then we remember that we have two healthy beautiful baby girls that we worked hard for. These short weeks in the hospital are a small sacrifice compared to the big picture. Many couples don’t ever get their miracle. Or they do, and then there are far more serious complications. Ultimately, we’re extremely blessed, and will sit in this hospital as long as we need to with good attitudes.

In other news, I have Mastitis, a bacterial infection and a yeast infection on my nipples… FUN! I loath pumping with my whole being. I just want to nurse, but I can’t with the infection… and the girls mouths aren’t big enough to latch anyhow. Everyone says to stick it out for the first two weeks, and everything will get better. Well it’s been two weeks and I’m still miserable. Does that make it ok to give up? Because I’m on the fence here women. I’m lucky if I produce an ounce at each pumping session. I’m just not sure it’s worth it.

Anyhow, that’s the full update. Thanks for thinking of us and continuing to check in. And I apologize for not being more consistent with blogging. I just hate to be Debbie Downer, and that’s how I’ve been feeling lately.

Happy Sunday! Hope you’re having some extra weekend fun for us! 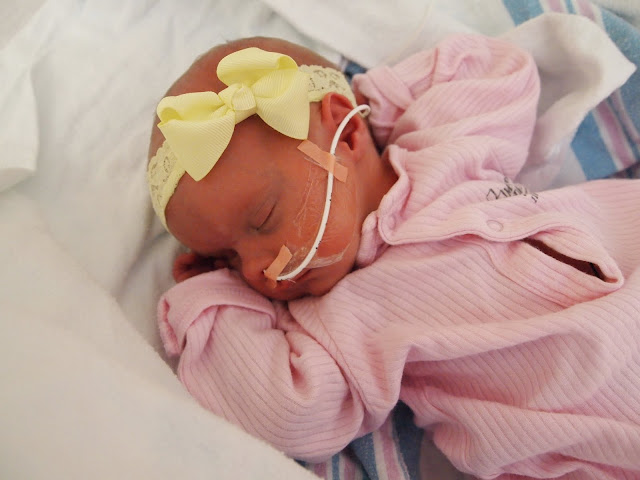 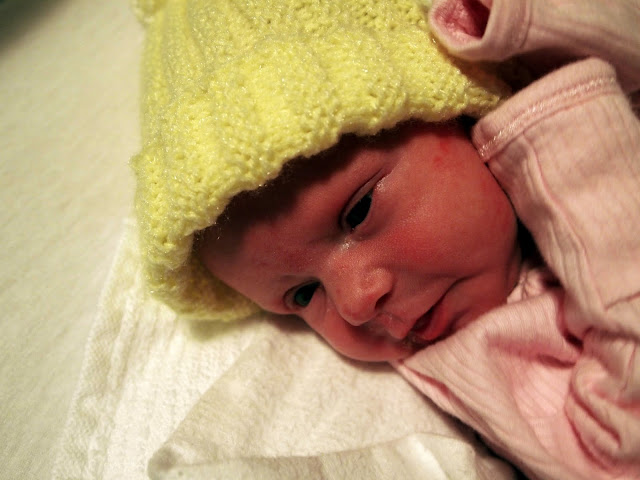 « Pros and Cons for Living in a Hospital
Homecoming »