My parent’s traditional baby gift for their grandchildren is an infant car seat! And though I told them it was unnecessary, they still felt the need to purchase TWO baby car seats of our choice. Nick and I spent a lot of time researching car seats safety, weight limits, etc, and wanted to be in a medium price range. It’s ridiculous that infant car seats can range from $65 to $250… CRAZY!

Originally, we had registered for a pair of cutesy frilly pink car seats… but after giving it some thought, decided gender neutral would be more logical since we plan on having more children, which could potentially be of the male gender. Not to mention, if we ever want to sell one (or both), we’ll double our chances since they won’t be limited to little girls.

Sooooo, we opted for these gray & charcoal Baby Trend car seats with bright orange trim! (We both love orange). And, these are the only two items we actually wanted to match. 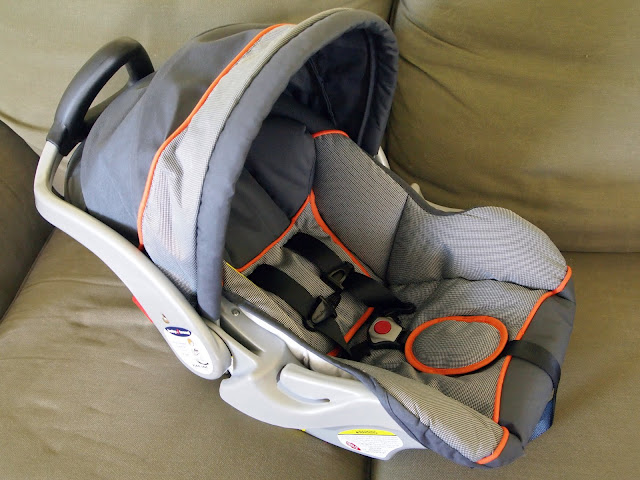 I started with some super strong velcro (with adhesive on back) we had lying around, and two yards of eyelet ‘lace’ I picked up for $2. I measured and cut everything to length… x2 of course. 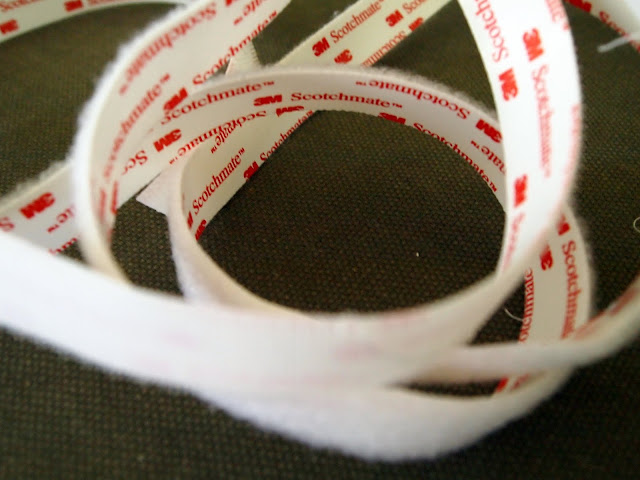 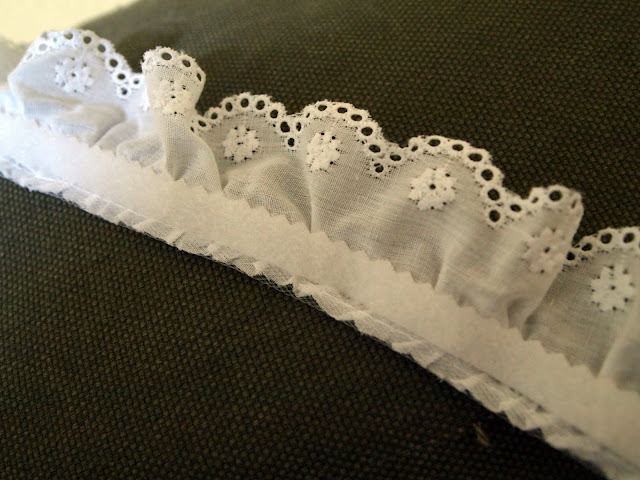 I slapped on one side of the velcro under the canopy, and put the other strip of velcro onto the lace. Super easy. 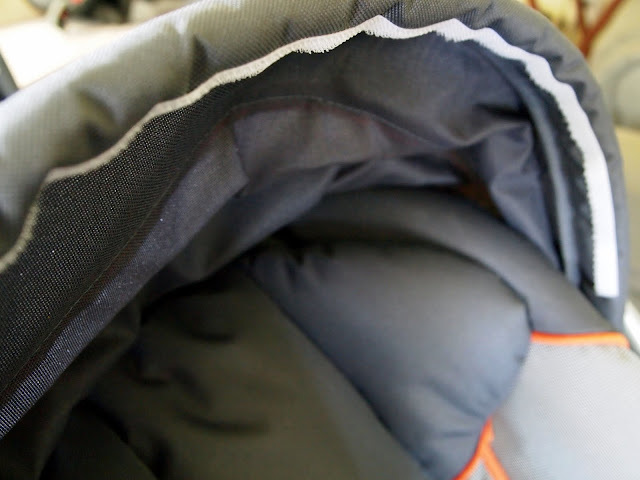 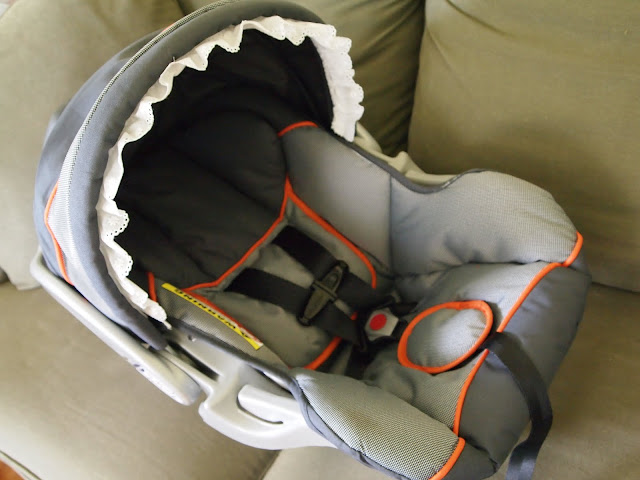 I was surprised by how strong both the adhesive and the velcro was. You really have to tug to pull it off! I love that it’s removable and versatile. When the girls get older and more grabby, we can just remove the lace! And I think it gives the care seats a special feminine flair. Almost like little old fashioned buggys! 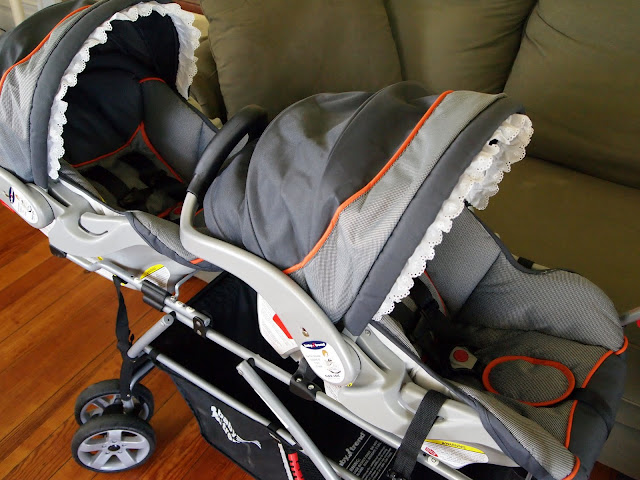 I may be limited in my creative endeavors these days, but little projects like this allow me to still have my creative outlet, and not feel completely handicapped and useless.